Today sees a trio of historical novels. A genre I am particularly fond of especially this period of history. First up is Conn Iggulden's first Wars of the Roses story. I'd never read any of Iggulden's work before and I haven't since though I would like to. 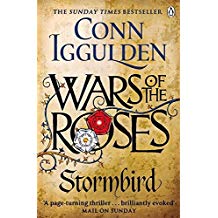 A new writer for me, historical fiction, another recipe for enjoyment from Real Readers. And enjoy it I did. But perhaps not in the way I might have expected. When I read historical fiction I invariably respond to the research and accuracy of the historical data gathered. Somehow I didn’t with this novel. I have no idea whether these events took place within the chronology described. I have no idea whether all of the people were historical figures (apart from the Henrys of course!! And a few others…) I simply enjoyed this as a good old yarn of tactics, swashbuckling and political intrigue, the thwarting of intentions and the survival against all the odds of some of the characters. When I finished reading it I didn’t feel as if I had read a work of historical fiction and I find that curious and a testament to the capabilities of the writer. He just swept me in and carried me along with the tide of his narrative. 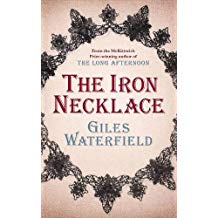 This war tale was published in April 2015. I'd never heard of the writer, I've not read any subsequent works but I loved this story.

This was one of those rare novels where you were swiftly sucked into the narrative almost from the very first word. I’ve often wondered what the conditions are for this to happen as some novels take several pages, even chapters. to truly ‘get into’ it. It isn’t down to any particular writer or style I don’t think, it just seems to be ‘one of those things’. A fusion between the psyche of writer and reader for that particular piece of work, if you will.  I love it when it happens and of course it bodes well for the entire story.
I so enjoyed this book. The writer is a known art expert so it was no surprise that art was almost an extra character within the story without being overly dominant.
The First World War is very much in peoples’ minds from last year’s centenary and it’s almost a brave move to publish a book after that event so to speak. But what is interesting to me here is to question whether the events of this fiction are directly as a result of a war between two nations or the actual personalities and makeup of the people involved. I guess you could argue that there’s a bit of both and therein lies the strength of this novel. It is more than just a WWI story; it’s more than just a family saga. If Thomas and Irene had both been British would their ultimate situation have been the same and vice versa, if they were both German. One can only conjecture.
It’s a beautifully paced novel with a flowing narrative and the writer entrusts his readers with enough savvy to learn about his characters before the characters themselves do! I think particularly of Mark Benson, here.


If I have any beef with the book it is the decision to change fonts when the time scale changed. Because there it felt that the readers' integrity was underestimated. It was as if the writer had assumed that his poor reader could not possibly figure out for themselves that we had a different time scale and a different generation commenting. But it’s a small beef and possibly can be entered into the category of nit picking. And really, this book doesn’t deserve it. I really, really  enjoyed it. 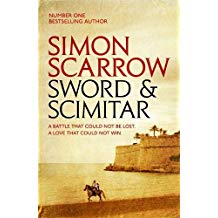 Completing the trio is Simon Scarrow;s Sword and Scimitar published in April 2013. I think the review sums it up and my feelings are unchanged.

From an historical perspective this book was fascinating. Whilst I know a fair bit about what went on in my own country during this period I was ashamed to find my knowledge beyond the shores of this island was scant indeed. And within the context of contemporary religious strife regarding Christianity and Islam the factual elements of this story were very important. I admire the writer’s research and attention to detail. I learnt a great deal from his work.

However this is not a history book it is a novel and a tale has to be told. And so from a fictional perspective I found the story somewhat predictable. Not unenjoyable for all that but I think most astute readers would have figured out the dénouement.

The characters were competently constructed, again, predictable and almost stereotypical. I’m not in the business of plot spoiling but Richard’s development was unsurprising. And I felt I’d met Thomas many times before.

The only downside of the book was the frequency and graphic descriptions of all battles and fighting. It isn't something I personally enjoy reading but I would acknowledge the need if points are to be made and I’m sitting on the fence about whether this was really the case here or whether much was gratuitous?

This writer was unfamiliar to me and I am grateful to Real Readers for giving me the opportunity to read this book. I doubt I should have selected it of my own volition.