I'll lay it on the line right now. I don't really 'do' chick lit. But as a reviewer all genres come your way and I can only try to be objective. However I do realise that subjectivity does intrude and I can only apologise. I can only be honest.

First up is Catherine Alliott's My Husband Next Door published in July 2014 which did have a point to make. 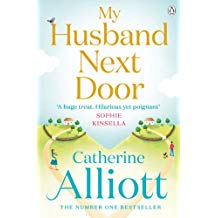 You know when you turn on the TV and catch a programme that you saw advertised in the listings? But you didn’t think it was your thing so you didn’t bother watching it? But when you do watch it you think that it wasn’t as bad as you thought it was going to be? That sums up my feeling about this book.

I’ve never read any books by Catherine Alliott before although I have heard of her and know that she is very popular and her books have sold well. So when Real Readers sent me this advance reading copy I cannot admit to feeling much enthusiasm.

But I’ve now read the book and I can admit to enjoying it reasonably well. It’s competently written and the writer knows her market very well. But I simply cannot identify with the characters and life styles described in the book.
Some are stereotypical it seemed to me and were there as functional to the plot rather than as people to relate to. There was something almost farcical in some situations and I found certain courses of events predictable.

For most of the way through it seemed that it was just a good old yarn being spun of country and creative life, or marriage and parenting, of friendships and fidelities because it was possibly three quarters of the way through where the point of it all became apparent. It’s a good point; the one thing in the book I could relate to. I’m not going to issue any spoilers but it gave a final credibility to the story for me.

I won’t say I’ll never read another Catherine Alliott book but I can’t see myself actively seeking them out. They’ll have to find me!!! 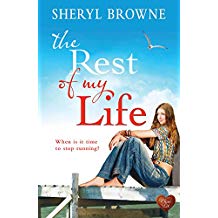 This book, published in July 2015, was the first book I reviewed for an outfit who headhunted me via my Amazon reviews!! This book was offered to me within a day of my agreeing and I felt it to be some kind of test! For it was to be published in a couple of days so I was desperate to read it and review it by the publication date in order to 'pass' my potential test! I did it and they liked the review. But the author didn't! Or rather the author wanted to increase the star rating I had given. Dratted star ratings, I loathe them! I'm not sure the review ever appeared anywhere in the end so my zeal was in vain!

I  will put my hands up right away and say that this is not my preferred genre. But having read this book two things struck me right away. This author also writes thrillers and crime novels. I find it brave and fascinating for someone to write in two such diverse genres. It is almost like Guns and Roses composing a concerto for violins. The second striking aspect of this book is that so much of it was from the male perspective when so often the female viewpoint dominates in choc lit/chick lit.

There is a tendency today in some circles to over intellectualise everything and an endearing quality of a story like this is that are no such pretensions. No writer of this genre is sitting with their fingers crossed hoping to be shortlisted for the Booker.  It does what it says on the packet. It’s a story, enjoy it. And that’s what I tried to do.

It is formulaic; it’s seldom a case of will the protagonists reach a happy ending?  It’s more a case of how they do it. Like a romantic obstacle race and we want to see how they negotiate the hurdles that increase in height and proximity as the story gathers momentum.  It’s a safe, comfortable book. There are cliches a plenty in language and in situation but they are cuddly cliches. The characters, too,  are cliched but not exasperatingly so as can happen. I’ve read stories in this genre where all I’ve wanted to do was slap the main characters off the page. But I didn’t want to do this here. I was rooting for them to win their race without dropping the baton too many times or injuring themselves too badly as they fell against  the hurdles. The momentum is sustained throughout the book with some pleasing crescendos.

Whilst neither characters nor plot are mere caricatures they are a one step exaggeration of real life. That doesn’t make them unbelievable rather it make us remember that it is a work of fiction. The main characters in the book were well defined and their personalities maintained throughout the story so you weren’t just thinking they were there as a plot device. The friendships seemed genuine. And their behaviours and reactions were as frustrating as any we come across in our daily lives.

If you enjoy contemporary romantic fiction you will enjoy this book.

Oh, and, if it floats your boat the sex bits are quite good. Insert wink emoticon here. 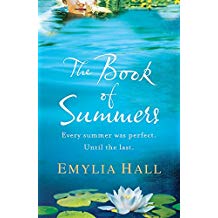 Completing this trio is a book published in May 2012. I have a great affection for this book. After an inauspicious start reviewing for Real Readers. I totally screwed up the posting of reviews with the first book they sent me (more in a later post on that) that I feared they'd never send me anything again. But they did. They sent me this book. It was an uncorrected proof. I'd never seen the like before!! I was thrilled!! I thought it meant that I'd really made the mark as a book reviewer because thy trusted me with a PROOF! I can chuckle now!!

Reading a debut novel is sometimes like opening a new jar of coffee, an experience to be savoured, a promise of things to come.

It’s a colourful, vibrant narrative that contrasts a somewhat staid routine England with a Bohemian, natural Hungary. There are times when it seems that the writer is trying just that bit too hard to impress with imagery. There’s a simile too many here and there, the narrative would have worked as well without. But the story settles down into a more comfortable account of Beth and her seven summers.

I have to say that I did predict the event that caused the rift between Marika and Beth and where it would happen, Balaton.  But that didn’t detract from a desire to see just how the characters dealt with the situation. But I felt that was too drawn out. And the sequence where ‘If things had been different’ precedes every paragraph becomes quite tedious because in a sense none of it needs to be said.
I liked the mirror prologue and epilogue where the same phrases and sentences were used, but with Marika in the prologue and Beth in the epilogue.
All in all a laudable effort and I would be happy to seek out more of Emylia Hall’s future work. Genre? Not sure. Chick lit? Not really, it does go beyond that when it could so easily have stayed there.