RETRO REVIEWING: The Dead and No Name Lane - Howard Linskey

Two books by the same author so it seemed sensible to group them together in one post. The Dead was published in May 2013 and the review I wrote has the dubious accolade of being harshly edited at the request of the author. I had included a spoiler and when I posted the review on Amazon Mr. Linskey immediately got in touch asking me to edit the spoilers out. I was mortified!! I did so immediately and he later thanked me for doing it so speedily. But it's left me with a paranoid fear of offering up spoilers. 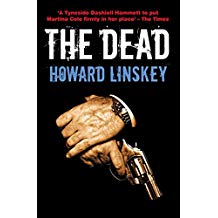 I found this to be a competent piece of writing within its genre. The author was unknown to me so once again I am indebted to Real Readers for the introduction to Mr.Linskey.

Whilst well written, the characters were drawn with economy, their purpose and function clear within the narrative, I constantly felt that I had either read, or seen these situations many times before in books, films or TV dramas. I suppose even organised crime has a finite number of methods of operation!!
That didn’t stop me enjoying the book but I never felt there was any new ground covered.


I suppose what always gets me is how a criminal such as Blake, guilty of causing death, acquiring large amounts of money dishonestly and perverting the course of justice rides off into the sunset virtually unscathed. It is a morally incompetent message, crime shouldn't pay but here it does seem to. I know it’s just a story but I would have preferred to see him behind bars.

The second book from Howard Linksey was No Name Lane published in March 2015. Another crime novel as you can read from the review I enjoyed it far more!! and Mr. Linkey had no occasion to request any edits!! 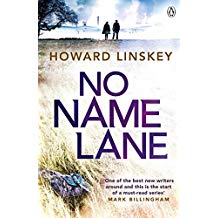 YES!
I suppose it would be importunate to offer Real Readers just this one word as a review? But that’s really all I’d like to say.
I could add how very well written this book is and how easy it is to engage and involve oneself with the characters.
I could say how much this writer has developed since The Dead. I enjoyed that story but I never felt it was any more than a decent read. However with this competent, new novel Mr. Linskey is most definitely ‘up there’.
This has a narrative and cast worthy of McDermid.
I could opine that the multithreaded plot never gets tangled up within itself as so often happens. The interweaving of characters and events is seamless.
And I could mention that, as in so many crimes the perpetrator is known to his or her victims, a good crime novel has the perp well within the narrative and allows enough clues to see if the reader is astute enough to figure it out. And the better the book the nearer the conclusion that happens, if at all. (Can I smugly say I DID figure out whodunit!)
And I suppose I could even say how well this author constructs his characters. There is realism within the actions and reactions that you never feel has been contrived to fit the narrative.
But maybe I won’t say any of that maybe I will just say………
YES!

I also read and review a further novel by Howard Linskey - Hunting the Hangman. Here's the link.

And because it was in the days before I used to include images of the book cover , at no extra cost today is the cover of Hunting the Hangman! 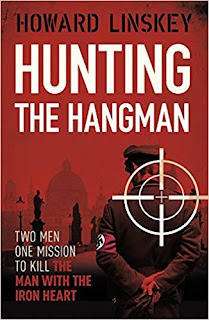