Another trio of random titles plucked from my seemingly never ending supply of reviews that have not been blogged! This first was an ebook. I joined Librarything primarily as a vehicle to post my reviews when I was just reviewing for Real Readers. Then I saw Librarything offered ARCs and in spite of my antipathy towards e-reading I was attracted to this book. Published in June 2013 it looks at prejudice. 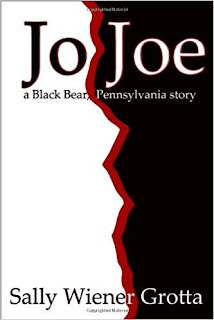 This was an e-book from LibraryThing.
There are two aspects of this book that really stood out for me; one was the cinematographic descriptions.
Right from the start of the book I could see the landscapes and the people and the events unfold as if I were watching a film. And it made me think that I would love to see this story on the big screen.
The second and dominant aspect was the book’s ability to challenge our preconceptions of what racism and prejudice is really all about.
I’m not one for going down the spoilers route when I’m reviewing books so suffice to say the character who is the victim of prejudice and discrimination is also in possession of prejudice which dictates their thoughts and actions. The final dénouement, whilst never resolving the wider aspects of prejudice does show how an individual can confront their own bigotry and overcome it.
This is a deceptive book, you can get swept up in the narrative of the story and then the full impact and depth of the themes dealt with in the book really hit you.

It is well worth reading.


The second which hit the bookstands in September 2014 was a YA tale of kids taking matters into their own hands. 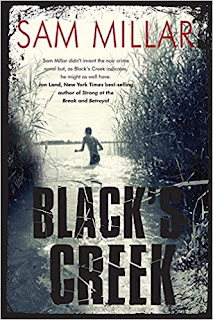 This was a gripping tale that bounced along on a wave of adolescence angst and violence. Atmospheric, full of suspense and revenge. It reminded me of other books I’d read. Craig Silvey’s Jasper Jones particularly the mother figure. I half expected Tommy to have to dig a hole in the garden when his mother’s wrath was working itself into a crescendo of suitable punishment. Lorenzo Carcaterra’s Sleepers, The Lovely Bones, or maybe it follows the fashion of having adolescent boys as narrators, The Perks of Being A Wallflower, Looking for Alaska. I felt, as they were characters I already knew but had become enmeshed in a new plot.
I am not a fan of violence. There are times when it is fundamental to the plot or the point the writer is trying to make. I did feel here that it was often gratuitous. And as such it was a joyless book in many respects.
However it was well constructed and well written, no real surprises in terms of the plot and the outcome. It is not an uncommon device to steer the reader into believing that one person is responsible for an action that was in fact perpetrated by someone else.


But it is how you arrive there that separates a good writer from a bad. And this is the work of a good writer.

The final offering today is another book by Jason Starr, I should have put them both together in their own past. Too late!! Published in October 2015 Starr's uncomfortable fiction continued to draw me in. 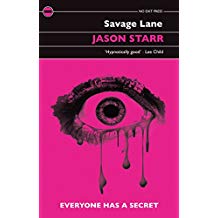 Savage Lane makes Peyton Place seem like Toytown. This is a novel of obsession. Obsessive obsession even. And like Cold Caller there are no likeable characters in this story. Even the people whose behaviour is not reprehensible, and there aren’t many (!), are not inherently likeable. It’s very uneasy reading and yet you are carried along in a relentless current. You wonder how one group of people can all get it so badly wrong at the same time. Like Cold Caller there is what I would like to call that frustrating ‘essence of Highsmith’ where a single misplaced thought or action takes a character or characters down a very wrong road. and you are willing them not to do it, not to think that way, not to take that particular action, but they do, again and again. It’s a crime story and yet it isn’t. It’s the psychology of obsession and the destruction it wreaks on those involved whether they are choosing to be involved or not. Without the obsession there is no crime. American suburban life is not all that it seems.

To say this is an enjoyable book is hard but it does compel you to read on and on and on. I read this in a couple of days because I couldn't put it down. I read it in preference to doing other more pressing and important things because I couldn't put it down. It was almost as if I had become obsessed by the book. Mr. Starr must be some kind of conjuror!! But the overall feeling is one of being slightly unnerved by it all.
Posted by Bookphace at 09:06