RETRO REVIEWING: Ferney and The Lives She Left Behind - James Long

I have included two books in one post today. I think it will be obvious if you read on as the second is the sequel. I had to chuckle as I reread my final sentence. For the books are not on my shelf! They were borrowed by some friends of mine, a very spiritual couple (who actually reminded me of Ferney and Gally as I've never met a better example of soul mates!) I lent both books to them years ago and they've never returned them!! And you know what? I really don't mind! It seems more appropriate for them to have the books....... Although reading over what I wrote I'd really like to read both books again as I an unhappy with my negativity. But....... that's clearly how I felt when I read them and I can only be honest. 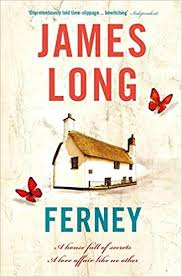 This novel is immense in its breadth and concept. In fact it is extraordinary, breathtaking and at times too bewildering to get your head round. And those of us with a spiritual inclination toward karma and reincarnation, past lives and rebirth will be scurrying to meditate on these new possibilities!!

Yet on another level the story is astonishingly simple in terms of contemporary time travel fiction. But, and this is a big but, in my opinion the execution of the tale doesn’t do justice to its premise and promise. I am sorry to have been so scathing, I feel caught in my own paradox.

It is so long winded. The opening chapters did not consistently engage my interest and I fear some readers may be lost before they can get into this deceptively astounding book.
So much of it is written from the historical perspective that it reads like a reference book in parts. Yet there are some fundamental truths within the book that light up my heart, ‘It was all about keeping a good balance with the world’ and ‘Surely homespun is the real thing?’

The contemporary characters of Ferney and Gally seem inconsistent with their ‘historical’ selves at times and I had a sense of the ethereal particularly with Gally.
Poor Mike is almost a cardboard cut out. Full of knowledge and understanding but there seems no substance to him. He seems a literary tool, a function not a person.

To say I didn’t like the book would be so so very wrong. It’s still floating around the recesses of my brain demanding more of me than maybe I have given it so far. I think the ideas are greater than the mechanics of the writing.

And so, maybe a Marmite book? I’m off now to read the sequel…… I’ll get back to you…. 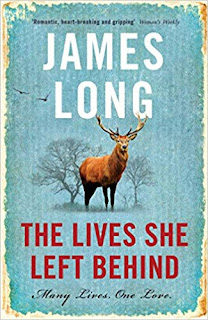 Compared to Ferney this began as a novel, a work of fiction without the sense of a history textbook. I engaged right away and settled down to allow myself to become absorbed once more in this enthralling world of Ferney and Gally.

We were introduced to some new characters that seemed to be more three-dimensional than some of the people encountered in Ferney. The interaction between the three girls and the young male archaeologists made me think that there would be something here for teen readers who enjoyed the Twilight saga. Mike Martin seemed much more of a person this time around and I did feel sorry for him on several occasions. And I would have relished giving Fleur and her poor parenting skills a slap from time to time!!

But whilst I enjoyed the story and I wanted to ‘see what happened in the end’ my overall feeling was that the writing tended towards the amateurish. I got the same sense that I did with Ferney  - a wonderful idea but the execution just doesn’t quite come off. I continually felt that the idea should been given to someone else to write who might have a better grasp of the fiction genre. Maybe a crime writer to deal with Mike’s ‘murder’ of Rosie and Gally? Val McDermid maybe?!! Phillipa Gregory to write the love story?

The love of history and the acknowledgment that today all we have are documented facts, we never lived it so we will never really know what happened and we’ll never really know who these people were and how they really felt, came through for me more clearly than the whole time travel thing and became the strength of the book but I don’t believe that was the writer’s intention!!

I dislike being negative about what I read but I do like being honest. And when I don’t like something I am usually able to say so without feeling as bad as I do about these books. I’ve never written a book, how I dare I sit here and criticise someone who has?

And so these books will go on my shelf and probably gather dust because although I think I’d like to reread them again in case I’m seriously missing something I doubt I will summon that motivation.
Posted by Bookphace at 07:29