I was reviewing books long before I actually started a blog and whilst rummaging around my hard drive I found a few that have never seen the light of blog! So I thought I'd do a 'Retro Reviewing' feature............ 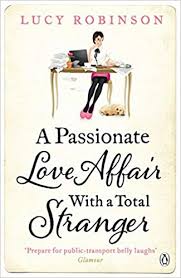 This is chick lit, not a genre I’d choose but the only way to know I wouldn’t choose it is to read from the genre. So when Real Readers sent me a copy I was up for the challenge! And I can’t say that I enjoyed it but equally I didn’t NOT enjoy it. For me it is a genre that relies solely on the telling of a story. You kinda know from the start what is going to happen and as such there is an inevitability and predictability that comes with such work. This novel is no exception. It became fairly obvious what the ultimate outcome would be it was just a matter of what path the writer and her characters took to achieve it.
This particular novel is competently written for the most part, there is no attempt to make it ‘literary’ and I do respect that. I suppose the only way to go beyond the chick lit bracket is to do what David Nicholls did in ‘One Day’ with one particular outcome that was so unexpected and atypical of the genre. (Read it; I don’t do spoilers).
And I don’t want to give anything away for those people who surely will enjoy this story. Bridget Jones is alluded to in the narrative, which I thought was a clever move because there are comparisons invited and by making the allusion clearly deflects any negative criticism.
If this were a film you’d wait for it to come out on DVD rather than have the urge to see it on the big screen.
But if you are a lover of chick lit you will enjoy this book immensely and I am sure it will do well for Lucy Robinson.