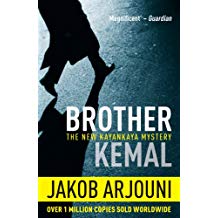 I can remember the first book I read in translation. I was a child and I didn’t know anything about translations, I just knew that the book ‘read funny’. It was, in fact, Erich Kastner’s Emil and the Detectives, the Puffin edition translated by Eileen Hall. I loved the story and I read it many times. It was only when I grew older that I realised why it ‘read funny’ and that was of course the adaptation from German to English. I’ve since read a large number of books in translation and discovered some of my favourite writers that way. And I can remember whilst studying German ‘A’ Level where I had to translate some Thomas Mann that the impact of what is actually lost in translation really hit me.

And so whenever I read a book that has been translated I know I am only getting half the book in effect. I am only getting the story. Nuances of language, some humour, cultural references are lost no matter how good the translator is. So that is how I approached this book from Real Readers.

And Jakob Arjouni tells a good tale. This is a concise, structured story with an economic use of plot and language but that in no way detracts. All ends are tied up; nothing is left hanging, as can be the danger in a short crime tale. As detective yarns go it is not unusual to have two seemingly disparate cases linked in some way and it is done well here without appearing to be contrived. Characterisations are purposeful there is nothing gratuitous. And although this is the fifth tale in a series of books featuring Kemal Kayankaya it works fine as a stand-alone.

Jakob Arjouni (RIP) is new to me as is the genre of German, Turkish crime!! Whilst I enjoyed reading it I don’t think it will displace my current infatuation with the current trend of Scandinavian crime writing. I won’t actively seek Arjouni out but I wouldn’t pass his other books by if the opportunity to read them comes my way.