Me Mam. Me Dad. ME. - Malcolm Duffy BLOG TOUR

I'm delighted to be participating in the Blog Tour for Malcolm Duffy's Me Mam. Me Dad. ME

A little blurb to begin -

'Things I learned when I was fourteen;
Never keep secrets from your girlfriend.
Never get into a scrap with a bigger lad.
Never play football with a black ball when its dark.
And never let anyone hurt your mam.
Ever.

My thoughts on this book - 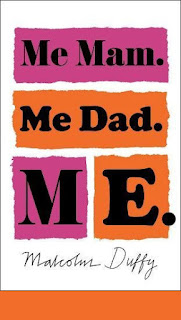 A Young Adult book read by an Old Adult. But also, written by an Old Adult! It’s an interesting equation. I often wonder if I’m qualified to comment effectively on a book not aimed at my generation? My argument is always that I’ve never grown up! But for a writer of YA fiction the burden is more onerous. In order to appeal to your intended audience you simply have to get it right. Has Malcolm Duffy, in his debut novel, done that? Read on and I’ll let you know what I think.

Danny is a Geordie lad living with his Mum. And I will admit as a lover of the Newcastle accent, I read this book with that in mind the whole way through. Mad as that may seem it added to the book’s appeal for me. Danny is fourteen when the book begins. And if there was ever a temptation to portray him as a stereotypical, generalised character it was avoided from the off. Mr. Duffy knows exactly how to lure the younger reader in with an opening paragraph intended to make you sit up and take notice. And I’m not going to quote it here !! I don’t  do spoilers so you’ll have to get a copy of the book to see. If I was a fourteen year old boy, I think it would pique my interest.

But having grabbed your reader and lured them in, can you sustain that? The writing style is that of a short, sharp sentence attack. It serves two purposes. It makes the story accessible for even the more reluctant readers and it assists in defining Danny’s character. That’s how he thinks. There are no long drawn out descriptions. The book is more about people and situations than any attempt to offer pastoral, literary extravagances. I liked the use of language in the book. There was no attempt to descend into undesirable language yet there  was enough contemporary vernacular to render Danny believable.

Well illustrated too is the dilemma any of us, however young or old we might be, can experience  when faced with a situation of untenable gravity. I hope it’s not a spoiler to state that domestic violence is a major theme here but possibly that’s something a reader needs to know before reading the book? There are no attempts to offer a solution, it’s is rather a way of illustrating one lad’s way of dealing with this unenviable situation and the ramifications well intended actions might have.

I found Danny real and endearing from the start. The other characters are lesser players. Danny takes the stage and keeps it. That’s not to say they aren’t important but they are slightly less defined. They have their parts to play and they play them well. But Danny is the star. I thought the writer struck a good balance between the self awareness of a burgeoning adolescent and the vulnerability of someone trying to make sense of the adult world they are beginning to enter. In fact it is book of balances. The subject matter is hard hitting, distressing and relevant yet the book has a warmth, some comic moments and a hint of optimism running through it, so important for younger readers and anyone who might be affected by what happens in the book. But there’s little sugar coating. Unpleasant things happen and this book isn’t afraid to detail them. But it’s also a book about love, on a number of levels, romantic teenage, romantic adult love, filial love, destructive love, reluctant love and how love can motivate the most unlikely of actions.

I enjoyed the book immensely. I think it has plenty of appeal for its intended readers. My thanks to Jade Gwilliam at Head of Zeus not only for the opportunity to read this book but to allow me yo be a part of the Blog Tour celebrating the paperback publication.


Malcolm Duffy is a new writer to me so I scavenged his website to learn a little of the man. 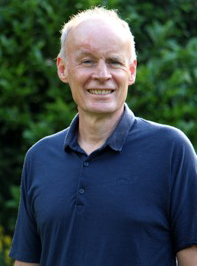 Malcolm Duffy was born  Newcastle upon Tyne where he spent his childhood. Later he came down south. He worked in advertising and garnered in visual mediums -  TV, cinema and radio as well as wards for copy.
He was Creative Director of Comic Relief for three years. and it was whilst working there that he conceived the idea of writing this book.  He is married with two daughters. He is now working on a second novel.

Please don't just take my word for this captivating book. Read what my fellow bloggers have to say about it. 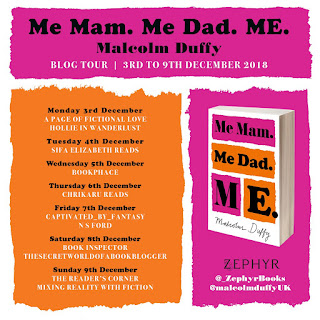