My retro reviewing is gradually coming to an end now and this post contains a mixed bag o' books! This 'big house' story The Fairburn Fortunes first saw the bookstands in October 2016. 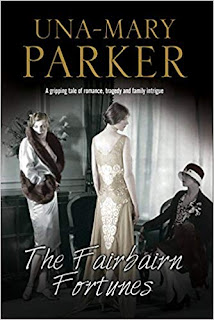 Downton Abbey it ain’t…….but it’s a pleasant little read. It’s not going to set anyone or anything on fire, it’s unlikely to win any awards but I can think of worse ways to while away two or three hours on an afternoon that has forgotten it’s springtime and decides to snow!

With a Scottish setting for some of the novel this story is a sequel to ‘Fairbairn Girls’ but this book does work on its own. I was unaware of the prequel until after I had finished this tale. Unaware of the prequel? I was unaware of the author in fact!!! Many references are made to the events of the past but it is done in such a way and with sufficient detail to satisfy the reader, well, it satisfied me!! I didn’t feel a burning desire to seek out and read the prequel as there was enough to fill me in on all I needed to know so I wasn’t left annoyed that I was short changed in terms of information.

If you are a genre fiend then I guess this is probably ‘romance’ or ‘family saga’, ‘historical’ is a tad too far even though the action does start just before the first world war. And the narrative flows with a satisfying authenticity. If you’re not it’s an undemanding read, pretty well written for its type. Much of it is predictable and in some cases contrived but whereas that usually bugs the hell out of me it didn’t here at all. It enhanced rather than diminished. It seemed to fit in with the ambience of the novel or maybe that has something  to say about the Edwardian era and beyond!!

The characters could never be described as one dimensional, they are more than that but they don’t jump out of the pages at you and indeed no reason why they should. It wouldn’t suit the style of this fiction. The Fairburn sisters are storybook girls. That may sound faintly negative initially but that isn’t my intention. It works here. I don’t think this writer has any pretensions to producing work of social comment. It’s a good old yarn.

This politically flavoured book published in April 2016 just didn't do it for me. Win some, lose some. I win mostly!! 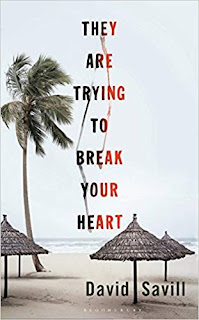 Political Tsunami? At least not for me anyway. I didn’t enjoy this book. The civil war in Bosnia and the Thailand tsunami are linked in this political tale. I’m not a fan of politics anyway so I don’t gravitate towards politically themed books. That’s not to say I’ve never enjoyed any but the big problem with this novel was that I felt I never had a real opportunity to engage.

The narrative weaves between locations and decades in a way that became very frustrating for me. I felt very muddled as to who we were with and when we were with them. And at certain points where I did find myself becoming engaged and involved with the fiction there was an abrupt change to a different set of people and time scale. I heaved a sigh of relief when I finished the book.

It’s a shame because I feel that underneath it all this book has a lot to say about the human condition where trauma and politics conspire to compromise and confuse that most elusive of emotions anyway - love. And it isn’t badly written although I didn’t warm to any of the characters. I felt they were there serving a purpose in the story telling. They didn’t become real for me.

So, not a book I would choose but I’m sure this writer will attract an audience.

Published in February 2016 this was a brave fictional foray into early onset Alzheimers. Ignore the star rating. I never feel they do anything other than indicate the reader's subjectivity. 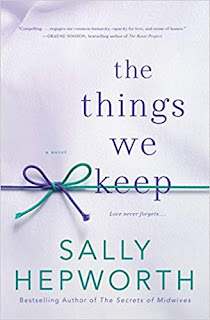 ‘Preserve your memories, they’re all that’s left you.’ Thus sang Paul Simon in his song, Old Friends. But if you are suffering from Alzheimer’s or some form of dementia that doesn’t appear to be an option. Does that mean there’s nothing left?

In the last twelve months this is the third novel I have read about the subject. The other two are Elizabeth Is Missing and Still Alice. Awareness of these illnesses has been heightened considerably in recent years so I suppose it is not surprising that it’s a subject for some writers to tackle. But I think its a brave decision. It's an emotional topic and for those folk who are maybe close to a situation comparable to the one in this book this story may hurt. But for those who have no such experience this book may educate and enlighten and as such, then, it must be a good thing. I think it is fine line between exploitation and empathy. Get it wrong and a great disservice is being done.

In common with Still Alice this deals with early onset Alzheimers and dementia in two younger people, Anna and Luke,  dispelling the stereotypical myth that these illnesses are for the elderly alone. However what separates this book from the other two is that it attempts a broader perspective than focusing solely on the situation between the two main protagonists which is the core of the book. The story is told from three different viewpoints within a wider social context, Anna, Eve who has a story of her own and Eve’s young daughter Clementine who is part of that story. The fusion between these three strands is quite well done.

There is much in this book that is tender and humorous even. I was reminded of Ricky Gervais’ series Derek!! But the humour is bittersweet.

I have struggled with my rating and in the end I have sat on the fence with three stars. Much of what happens in this book happens too quickly but I understand why. What might work in War and Peace wouldn’t work here so the writer had to keep the story flowing and moving. But it does  border on the unbelievable at times. I don’t want to be negative because there is much that is worthwhile here. Yet there is something indefinable missing. Maybe it’s me who’s missed it?
You read it. See what you think.


I was always surprised that this book didn't 'do better' than it did and reach a wider readership. It was published in March 2015. 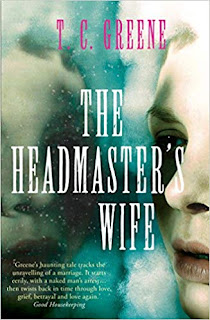 It was very easy to read and I completed it in a couple of sittings. You could be forgiven for thinking that a book so easily and quickly read lacks substance but nothing could be further from the truth.

The opening section begins innocuously enough. I thought it might turn out to be Fifty Shades of Lolita but the end of that first section literally leaves you open mouthed as there was nothing to prepare you for that dénouement. The problem with that is that it elevates your expectations for the remaining two parts of the book. And they do not come anywhere close to match it. That is not to say that the rest of the book is not good; it is an exposition of how we arrived with the situation at the end of part one and an attempt to tie the threads together. The whole book is very well written; the language used is elegant and paints a believable picture of Ivy League Prep school life. It is a competent piece of story telling.

And by the end you understand that it is a story of what grief and love do to individuals and how they do or do not cope. And those of us who have been to both those places sit back and nod our heads in understanding.