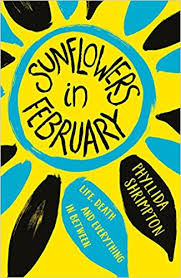 I desperately wanted to love this book. I feared it might be a cathartic work for some poor soul, the writer herself maybe and I can’t argue with the value of that. But I did struggle.

The target audience is the YA sector and there’s much to resonate with them in terms of popular culture and contemporary vernacular. I think this book is unique in addressing such a theme for such an audience. When the theme is mortality I think you run a juxtaposed gauntlet of bravery, risk and possibly foolhardiness. I was reminded of Mitch Albom’s For One More Day dealing with a dead soul returning to the earthly plane. I was also fleetingly reminded of the opening sequences of the film American Beauty where Lester Burnham speaks to us from the spiritual plane much as Lily does in the opening sequences of this book demonstrating that death has consequences for all.

It’s a debut work with many of the hallmarks of a writer beginning her career and journey with words. So some of the writing is patchy and doesn’t know where it’s going. But other parts show some promise and a real sense of the dramatic. And I was moved to tears at the conclusion.

I suppose that in general attitudes towards death are sombre and serious, deep and dark so attempts at humour in the story seems somewhat disrespectful which made it a hard read. But that’s maybe a generation thing? Perhaps the YA audience do not feel that way about death? And attitudes towards afterlife and spiritualism can meet with some scepticism so the book does a great job of bridging that gap between acceptance of such things and disbelief.

There is no doubt it was an unusual read with much to commend it, a lot of emotion and lots to think about and whilst I enjoyed a great deal about it I wasn’t as blown away as I wanted to be.