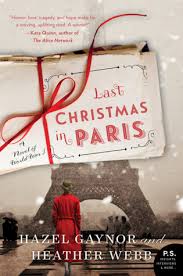 When I received this as a maverick choice from Nudge Books my expectations were low. I thought it might be a left over from the festive period, a fluffy, cuddly, tinselly chick lit tale maybe, that nobody else wanted. But it has proved to be a most moving and engrossing read.

Briefly it’s a First World War epistolary that details the war on several levels primary through the letters of Tom and Evie. There is their personal story through all the years of the war. And there is both social and political commentary on the war. To convey all this through a series of correspondences is impressive to say the least. The research is thorough and authentic which one might demand from a work of historical fiction but that doesn’t mean one gets it! But we sure do here and it’s done in such an effortless way. I suspect the letter structure of the novel allows this ease to impose itself on the reader and draw them into the tale. The bulk of the novel is through the letters but there are a few conventional narrative passages that act as a link between the letters and an exposition of situations beyond the war that the letters don’t convey.

I also admired how the characters developed through the letters in a sustained manner which I feel somehow must be harder to do than writing a straightforward narrative. Cleverly we see how these people grow and develop because of and in spite of the war. What is also noteworthy is how the writers seems to have got into the heads of people living through those troubled years and written and conveyed their lives and emotions so convincingly.

You know that in a war story there has to be some heart breaking moments which could easily descend into over sentiment in a fictional work but that never happens here. There is a realism that doesn’t shy away from the atrocities of war and how people gritted their teeth and ‘got on with it’. There were certain events that seemed predictable while reading but maybe inevitable is a better word? Thematically the story covers love, loss, heartache, grief, fear.

Interesting too, is the co-authorship of the book. When you read you smugly think you have it sorted! One person ‘did’ the letters the other person did the ‘other bits’!! But when you get to the Afterwords you realise that was not the case at all!! I loved reading the joy expressed at each writer’s anticipation of what the other had written.

I thoroughly enjoyed this book, all the more because I wasn’t expecting to and although subdued and chastened by much of the subject matter there was some upliftment and satisfaction from the conclusion.
Posted by Bookphace at 16:26