I've been rummaging round my hard drive again and I came across some of these old ’Ten’ lists I did for Nudge/New Books. They were fun. I enjoyed doing them. So I think I’d like to blog them. This one is ten books from my childhood. Just ten? There were probably ten times that!! 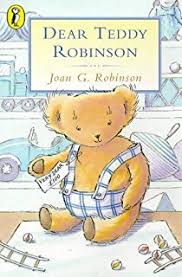 1. The Teddy Robinson books by Joan G. Robinson.
I must have been about 4 but I couldn’t yet read for myself because I remember choosing these from the library and my mother reading them to me but only at bedtime. I loved the stories and felt extreme frustration that I couldn’t read them for myself any time I wanted. At that age I simply didn’t understand the demands of motherhood and thought my mum rather selfish for not dropping everything to read them to me on demand!! 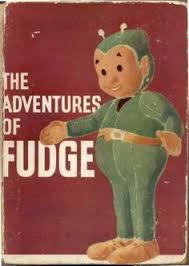 2. The Adventures of Fudge - Ken Reid
My mum bought this at a bring and buy sale and it became bedtime reading for some weeks. It was another before-I-could-read-for-myself-book and I loved it. It was of its time and contained black and white line drawings of Fudge and his companions interspersed amongst the text. It was worth going to bed for. 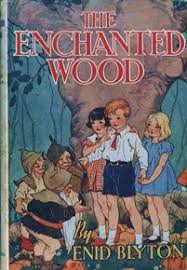 3. The Enchanted Wood by Enid Blyton
I know it’s not PC to revere Blyton these days but oh, how I loved this book. It was another that my Mum read to me at night and I think I felt sick with excitement sometimes at the thought of what was going to happen next. I wanted pop biscuits and google buns like other kids wanted new bicycles. I blame my tendency towards insomnia on this book. After my mum stopped reading at another cliff hanger I just couldn’t get to sleep for wondering what happened next. It was the first book that really made me want to read for myself and I think it was the first book I read completely through for myself once I had mastered the tangled and confused lives of Janet and John. I suppose at this point I should thank my infant school teacher, Miss Pearson, for teaching me to read. 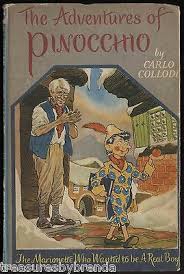 4. Pinnochio - Carlo Collodi
My very first cinema experience was Disney’s  Robin Hood and Lady and the Tramp  but I had to be taken out before the programme finished as I was wailing at the top pf my voice. I was too young. But the animations stayed with me. Old enough now to behave quietly when my Mum took us to see the Disney version of Pinnochio which captivated me. What I was seeing was breathtakingly wonderful. And in a desire to sustain that wonderment I was bought a copy of the book which I read again and again and again. As soon as I finished it I just went back to the beginning. And while I read I saw the film in my head. 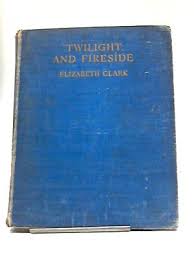 5. Twilight and Fireside - Elizabeth Clark
I was about six or seven and I caught scarlet fever from I know not where. But I was confined to my bedroom for about six weeks. It was a lonely, miserable time. But relatives sent me gifts to help me occupy those hours in bed. My great aunt sent me this book and I loved it. It contained stories for all seasons, magical tales, folk tales, ordinary people tales. I lost myself in it and it did help the time to pass. 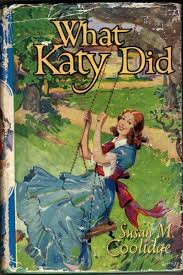 6. What Katy Did - Susan Coolidge
A school friend gifted this to me one birthday. It was primary school so I was under eleven. I read it and loved it. It’s significant to me because I believe it to be the first book where I become aware that someone had written it. I think previously I had believed that books just were and that was that. But with this book I became aware primarily of descriptions and details not just physical but of characters too. 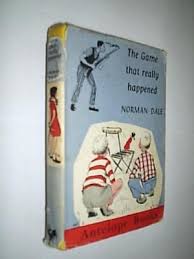 7. The Game That Really Happened - Norman Dale
There was an imprint of Hamish Hamilton called Antelope Books who published purely for children. Raymond Briggs had an early title published by them.  I borrowed this from the library one Saturday morning and by bedtime my plan was complete. It was about a group of children who have meeting places in the park that they gave special names too - Rainbow, Nowhere Special, Dragon’s Lair and so on. The game grew and more places were given names. The game turned real when a gang called the Rowdies entered the frame. On Monday at school I walked around all the places I had assigned names to from the book. And my delight was replete when another kid asked me what I was doing and understood right away because they had read the book too!! So there were many playtimes when we played The Game that Really Happened!! 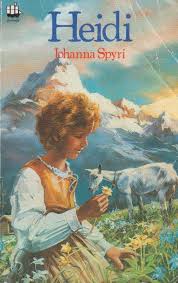 8. Heidi - Joanna Spyri
In time Switzerland would be the first foreign country I ever visited and I was taken there by the givers of this book! My father was one of six children so my siblings and I had plenty of doting aunts and uncles. Two of my aunts were infatuated with Switzerland and visited at east once a year. They gave me this book as an expression of the love they held for the place. And I guess a book given with love is received and read with love and I adored this story. My poor, balding, less than robust grandfather was unfairly compared to Heidi’s. Sorry grandpa. 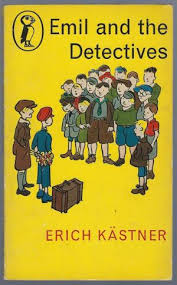 9. Emil and the Detectives - Erich Kastner
This was read to me at school by my teacher. I knew there was something ‘weird’ about it but I had no idea what. I enjoyed it and I eventually bought a paperback copy for myself to try and find out what I found strange. I think it was the first book that I discovered was a translation and I concluded that it was the translation that rendered the book different from anything I had read before. There were several films made and my mum took me to see the 1964 Disney interpretation. My first 'it's not as good as the book' experience I think. 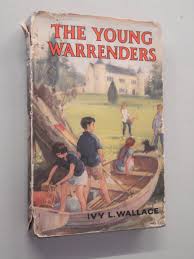 
By this time I was at secondary school and a bookish friend lent this to me. I loved it and subsequently sought the other in the series. I think there were only three or four ever written. They seemed at the time to be a natural progression from the Famous Five (oops Blyton again) . Basically the series featured another group of unusually astute children who solved mysteries that eluded the capabilities of the local constabulary. The Warrenders were two sets of identical twins which I think was part of the appeal. My poor parents - I blamed them for not allowing me to have a twin. So books with twins in were appealing. It’s probably because I’m Gemini.

I feel quite moved when I think about these books. They mean so much to me (and all of those that aren't included!). They shaped me into the reader that I am now and because of them I love books.
Posted by Bookphace at 15:46