Another 'ten' list that looked at books I have and would like to reread. This list would change slightly now as it's a while since I compiled it and I've read a helluva lot more books since!! Not drastically though - I'd include Elizabeth Lowry's Dark Water instead of Cloud Atlas and it would be nearer the top. I might also include her first novel The Bellini Madonna but my heart won't let me remove any of the others. The 'following on' refers to the original 'ten' list I did for Nudge was 'Ten Books and Why I Acquired Them'. That's changed now as I've read several titles on the list. So I may revisit it and revise.

Following on from selecting the books from my TBR shelves I looked around at all my other shelves and the books there. When I was younger I had this fluffy little picture of myself retired and rereading all the books I’d grown to love over the years. That was before the internet, book blogging and reviewing became part of my daily life!! So this is a kind of Desert Island Books - ten books I’d love to reread before I die. 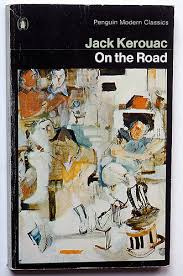 On the Road - Jack Kerouac

At one point during my misspent youth this book was recommended to me as part of a hippy, hip reading list trilogy from someone I had romantic inclinations towards. (The other two books were Tom Wolfe’s The Electric Kool Aid Acid Test and Hunter S. Thompson’s Fear and Loathing in Las Vegas). Nothing came of the romance! But much came of my reading of this book. It remains the most read book in my library. I revel in its exuberance and zest for life. And the almost pulsating, syncopated beat that carries it along like some of the jazz and be-bop it describes. I celebrate the writing method, spontaneous prose, often emulated but nothing comes close. I think it’s the best example of a roman de clef novel I know. A few years back I even traveled to Lowell, Massachusetts where Jack was born. I stood at his grave, like Dylan and Ginsberg in the film Renaldo and Clara mourning the passing of such a unique talent. Jack’s original typescript was on display at the British Library a few years ago and it brought tears to my eyes to see IT! To behold the actual manuscript that Jack worked on. I learned to love Jack’s America, very different from today’s America, but the book conjures such a sense of freedom and liberty. I have requested some of the last paragraph of the book to be read at my funeral because it seems to contain all of life, from childhood, ‘don’t you know that God is Pooh Bear’ to ‘ nobody knows what’s going to happen to anybody besides the forlorn rags of growing old’. And as I have grown old along with the book its insights and contradictions seem to grow too. But it’s about friendships and love and hope and disappointment, about living life to the full, about personal freedom. And of course it defined the Beat Generation. I would like to read it at least one more time before I die. 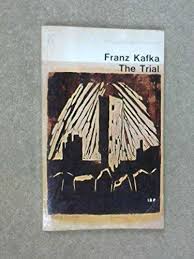 Prior to ‘discovering’ Kerouac I was obsessed with Franz Kafka. Something to do with being a student starving in a garrett I think!  But I became absorbed in the dream narrative and the almost absurdity of the situations described. I also soaked up letters and diaries and biographies. I even bought a volume in German because it hadn't been translated for the English market. I’d love to reread all his novels and short stories but I think it would be The Trial I begin with because it seems to have some contemporary relevance that was not so apparent when I read it all those years ago. But having said that maybe Metamorphosis, or perhaps The Castle, I love that book..... or even...............eeek. 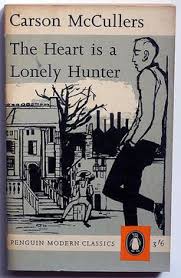 The Heart is a Lonely Hunter - Carson McCullers

I was a teenager staying with two maiden aunts. It was a rainy day and we were staying indoors. I had read all the books I’d brought with me and whilst there was no shortage of books in the house to a teenager they were old-fashioned turgid tomes. (Actually they weren’t really! But, hey I was just a kid!) Standing out on the shelf was the distinctive orange spine of a Penguin novel. I pounced on it and became mesmerised by the story of John Singer the deaf mute and all the people he collected around him who believed he had everything they lacked whereas he believed he had nothing to live for without love. I later found out that this was not my aunts’ book but  my cousin’s copy and she left it there after her stay with my aunts. Generously she let me keep the book. I’ve read it many times but I’d like to read it again. I’ve read all of McCullers work subsequently but this remains the most potent, and my favourite.

Unusually this is the only contemporary book in my list. In this context contemporary means a book I’ve read this year! I still don’t know what it is about this book that so captivated me but it had me in its thrall from the first few pages and I’m dying to read it again. I enjoyed it on more than one level. The story of Danu leaving the circus was an absorbing one. I found the writing exceptional, I just loved the flow of the words and the descriptions. I also enjoyed the ideas encapsulated in  the novel. I found it a very sensory experience and I am still not sure whether it is actually a good or a bad book!! I just know that I loved it, every word, every comma, every full stop!! 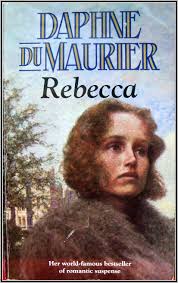 I’m not even sure if this is my favourite DuMaurier book. But my parents had the hardback when I was a child so my awareness of it was a subconscious one.  It was a hard choice to make because ideally I’d like to re-read the lot but I guess Rebecca is representative of her entire oeuvre. I think it was the first book, for me, where the titular main character never appeared which at the time of reading I found unique. The characterisations were great. Mrs. Danvers is surely a classic literary character now? Some books are defined by their opening sentences….. ‘Last night I dreamt I went to Manderley again’. 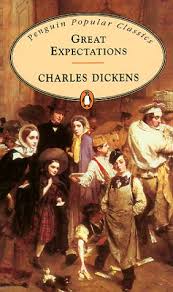 Briefly,  saw the David Lean film, l loved it, Magwitch scared me to death so I read the book. There's a logic there somewhere but damned if I can find it, That started a love affair with Dickens but this one will always be my favourite. Typical Dickens in so many respects. A rags to riches story with some iconic characters. I was still at Junior School when I read it, I remember and the teacher made some comment which was both complimentary and critical at the same time! This is an irrelevant aside but many years after the film I met the actor who played Joe Gargery! He was a client of my father’s, Sir Bernard Miles, lovely man. He was playing Falstafff in Henry IV part 1 and I met him in full padded costume!! Wot larks. 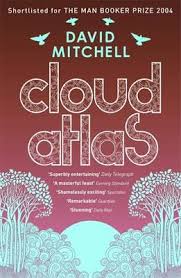 I have read this more than once and in different ways!! I read it conventionally from page 1. I read all six stories individually, first in the chronological order of the book i.e. starting with the Pacific Journal of Adam Ewing and a further time beginning with An Orison of Somni and going backwards!  Why? Because I could!! So I’d like to read it again just to see…….. Interestingly, and this is an added bit, I was reminded of the sections about Adam Ewing when I read the sections abroad the SS Orbis in Dark Water. 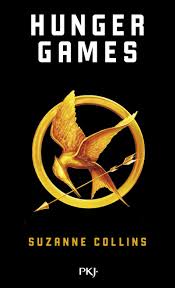 Okay so this is technically three books but I’m letting myself off as it is also technically a trilogy which is singular! And as trilogy’s go it is a singular one! I love Katniss Everdene and I wish I could be her!! I love the feist and the compassion and the spontaneity. A  paradox heroine if ever there was one. Another dystopian world where good fights evil. Lots of action, lots to think about. 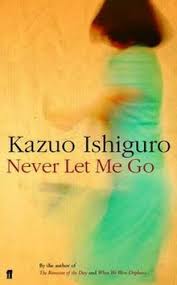 I love Ishiguro. I love his diversity. I love his intellect. I love the intelligence he brings to his writing. But this is the one that gets me, haunts me. Maybe its because of the dystopian theme, maybe it’s because of the complexity within the simplicity, or maybe its the innocence and naiveté  of those children at the beginning but it’s a book I can’t ever let go. 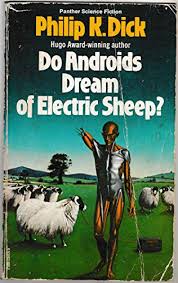 Do Androids Dream of Electric Sheep?

I went though an intense science fiction phase when I was but a mere slip of a girl!! I devoured Asimov amongst others but it was the apocalyptic, futuristic, dystopian world of Philip K Dick that I especially loved. Hard to select a favourite to re read but I’ve settled on this one probably because of Blade Runner and the recent sequel film being in my consciousness. But I love it that the book is set in’ 1992 A.D.’ !There’s some kind of parallel in my head of Orwell’s 1984.

I'm curious to see if, in a years time, I will have reread any or wanted to change the list at all.