The Weighing of the Heart - Paul Tudor Owen

Delighted to be part of the LoveBooksGroup blog tour for this impressive debut novel. My thanks to Kelly at #LoveBooksTours and Obliterata Press for the opportunity.

Well, the way to my heart is to send me a signed copy! I’m a sucker for them. Gives me a lovely warm, fuzzy feeling because I know that the actual writer has held this actual copy in his fair hand and written in it for me! That’s always a good omen, so thank you, Paul! 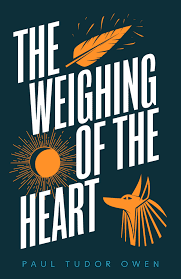 Deceptively slender at ‘only’ 241 pages this debut novel is a perfect example of quality not quantity. It’s prose that’s economic but it’s without omission so the overall sense is one of richness and substance. It’s a finely woven plot that had me thinking firstly, Patricia Highsmith, with that way she had of allowing her characters to follow what, to the reader, was clearly the wrong path and letting events spiral out of control almost, and secondly, Salinger, and but maybe any other writer who's come up with a ‘good’ New York story. By good I mean that indefinable way that the city becomes an additional character almost and interacts with the human characters in the story as it does here with Nick Braeburn, an english apple, a little pip, in the Big Apple. Having been to New York several times many of the locations were familiar to me and I find that so satisfying because I think it offers me an ‘added extra’ if you will! But to those readers unfamiliar with the city that never sleeps it can only whet your appetites for a trip there. This author knows the city and knows it well and he understands it too. I was transported back to the smells and the sounds and the throb of that pulsing metropolis.

Thematically this book follows the current trend of art themed fictions, I’m thinking novels like Tom Rachman’s The Italian Teacher, Marcia Hummel’s Still Lives and Barbara Bourland’s Fake Like Me to name a few. The author has sound knowledge of the NYC art scene from the creative perspective and from the economic perspective. But this isn’t just an art novel. I’m treading on eggshells here because I don’t want to give anything away but referring back to the cover blurb let’s just say that the reference to an Egyptian painting is crucial and fundamental to the entire story on various levels. And Egyptology buffs will have honed in on the title and hopefully had their appetites whetted. It’s marvellously sustained throughout the story and offers some moral considerations. The themes are balanced and work in harmonious tandem. But for me this is a book that will not sit down and be pigeonholed into any specific genre. Good! Reading it becomes a tantalising prospect before you even begin. Crime? Obsession? Art? Egyptology? Legends and scarabs. As you read you ponder the how, whys and wheres. You consider the enigma of the human being.

The main characters are well drawn and believable from Nick and Lydia to the marvellously eccentric Peacock sisters, (I'd read an entire novel about these wonderful ladies!) Told from the first person viewpoint of Nick we’re only told what he wants to tell us, we only know what he thinks, we don’t know if it’s true. Is he very quietly obsessive?  However we are given clues as to his state of mind, it’s all very subtle and implicit. There was one point where I thought the editor had failed in his duties or the printing had gone awry but a close examination and reread of the text suggested it was yet another clue as to our hero’s psyche. The flawed narrator is one of the most exciting devices in modern literature and Owen uses it to good effect here.  We can feel Nick's emotion as if we are feeling it ourselves. But would we make the decisions he makes? Reader? Over to you!

This is a laudable debut. It’s tight, muscular writing with some balanced and contrasting  characterisations. I read many debut novels. I’ve enjoyed many debut novels. But every once on a while you read one and then find yourself really excited about the authors next ‘nondebut’ novel. (As an aside since I read the book I noticed it had been nominated for  the Not the Booker prize. Pretty good going for a debut.....I rest my case).


But that's just my opinion. My fellow bloggers all have their takes on the book too. Please do check them out. 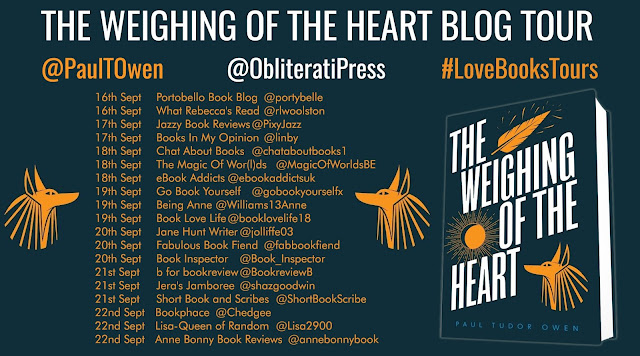