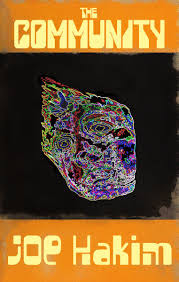 A debut novel, a sci fi theme with some observations regarding the state of certain areas of our society and the vulnerabilities of some groups within that society all conspire to offer a compelling story of an unusual event that binds a group of friends together from school days to adulthood. The contrast of their apparently simple, youthful lives with their complicated adult lives is stark as some of them disintegrate into the pitfalls of modern day temptations like drugs and gambling.

If you’re old like me you might recall a brilliant film from the 1970’s called Close Encounters of the Third Kind. Whilst this story in no way seeks to emulate the premise of that film the idea of a collective consciousness endures and is well served here. If you have an interest in the possibility of life originating from beyond this planet this book will appeal to you. I have my own thoughts and opinions about such matters which I’m not keen to go into here, maybe another time, another blogpost, but some are explored in this fiction. But it is very much the debut novel, that’s not a criticism it’s an observation, because debut novels are often a delight with the exuberance of a writer finding their feet, paddling in the sea of storytelling prior to their dive into the ocean of oeuvre.

I feel it’s a character driven book with each of the group of friends having their own stories and their own voices. In many cases their own voices representing a regional vernacular that may or may not be representative. I can cuss with the best of them but I did feel there was one ‘fuck’ too many at times. Notwithstanding it’s a well paced narrative structured into ‘Phases’ and chapters together with some creative font use to emphasise the difference between the ‘Phases’ and the chapters.

I think the book does intend to compare our current society, the bleaker side of it maybe, with the potential of an otherworldly perspective and view. There’s a paradox of sorts that make alien intervention a welcome proposition?  But I dislike the word ‘alien’, it’s too sci fi and comic book if you’re looking at the subject from a more serious perspective.

It’s a promising debut offering food for thought and propelling us towards considering the prospect of an alien controlling presence and the impact that might have for good, or bad. ’They will fill the void within us all’ is the oft repeated tagline from the narrative. And if you’re looking for a meaty sci fi/ alien/ horror story this might fill your void.