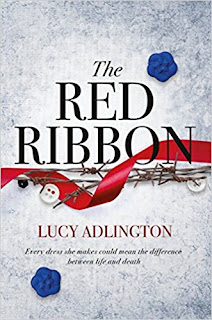 Books like these are hard to read. Especially if you've ever visited Auschwitz Birkenau. The evil there is palpable. Stories of redemption and upliftment are rare, few and far between. And for every survivor account you know how many did not make it. And if you've ever visited the main camp at Auschwitz and seen the shoes, the luggage ....... the hair......the chill will never leave you.

That's why books such as this are so important especially when they are aimed at the YA readership. We need to maintain education and information about the Holocaust if we are to have any chance of preventing the same thing happening again. So for that reason alone this is a worthwhile read.

This is a fiction based on fact. Up to a point. If it was pure fact it would be too hard to read. But this isn't just a story about Auschwitz, it's also about survival. What it takes, what must be endured. What moral choices must be made. A balance between active and passive submission. It's also about friendship. And hope. The story alludes to the fact that given different circumstances the four girls, Rose, Ella, Marta and Carla might have been friends and highlights the impossibilities that war imposes.

The story is sensitively written and whilst it doesn't attempt to hide or mask the brutality there is no overload of graphic violence. Much is implicit. It is finely pitched at its prospective audience but I think it has a wider 'appeal' if that word can be used with this subject matter. The characters are well developed and of course we root for Ella the main protagonist. The ending is implausible in its widest context but the softer touch was necessary within the book's niche.

This book is presented attractively. I found the pictures on the pages, especially the red ribbon somewhat intrusive initially, but once enveloped within the story I almost didn't notice them. The sections given colours as the headings was a nice touch.

It's hard to admit to 'enjoying' a story about one of the worst atrocities perpetuated by Man. I'm not sure if there is even a word to describe the feeling! But to reiterate, this is a worthwhile read. Many thanks to Readers First and Hot Key books for the opportunity.
Posted by Bookphace at 13:19