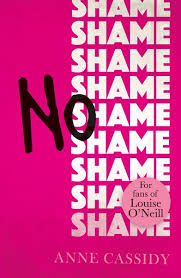 Anne Cassidy is an established and award winning author of crime and thriller fiction for Young Adults with over forty novels to her name. That’s impressive. She clearly understands youngsters, how they think, how they might feel. She’s the right person to write this book which pulls no punches. It’s raw and realistic. My understanding is that it follows on from No Virgin and deals with the subject of teenage rape. There is no detriment to not having read No Virgin. This new book gives an account of the rape trial that Girl X, Stacey Woods, has to endure. It’s the work of a competent and experienced writer who wastes no words trying to sugar coat anything that has happened. So it’s an uncomfortable yet compelling read.  It’s hard to say too much without risking spoilers. The narrative flows easily with a straightforward structure chronologically ordered in chapters. I guess the plot has all but written itself judging from what I’ve discovered about the previous novel. The facts had all been established and most of the characters had all been drawn up previously and for many readers it will be a reacquaintance.

It’s a difficult subject; part of me wonders why anyone wants to read about or write about such a subject. But bold is the writer who faces up to these issues and confronts them head on. The reader is not required to be quite so bold but I wonder whether, as a Young Adult, you would choose to select and read a book about rape? I think it is clever of Anne Cassidy to build up a readership who will want to read her books regardless and therefore has a captive audience to hopefully educate. For it is hard to say that you enjoy a book about rape. The writer has skilfully offered hope of some redemption at the end of the book, it would be too dark without that I think. Even so I think it is to the older end of the YA spectrum that this book should be confined to for even as an Older Adult I’m left feeling very serious after reading it. I would love to discuss the book with a group of kids who have read it and find out their views and responses.

The value of a novel such as this offers a perspective on what is sadly a very real issue in our world. It’s certainly given me much to think about. My thanks to Readers First for giving me the opportunity to read it.
Posted by Bookphace at 15:38