The Body in the Castle Well - Martin Walker 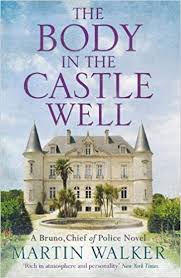 You spend a larger than average percentage of your life reading, you believe yourself to be fairly well clued up on books and writers and then you come across someone who’ve you’ve never read and somehow never heard of who has written numerous books and - you feel pretty stupid!

Martin Walker - I am so sorry! The old adage better late than never twinkles its way into my vernacular but really there’s no excuse. I will do better I promise and seek out your previous works.

But, dear reader, I can hear you asking, why would you do that? I would do that because I am completely bewitched by Inspector Benoit ‘Bruno’ Courreges! A delightful paradox of pragmatism and altruism who detects his way around the Dordogne with unobtrusive, unconventional policing.

The Body in the Castle Well sees an educated and possibly privileged young American girl arrive at an untimely end at the bottom of a well. As her story unfolds the presence of the FBI and the US Embassy suggests there is maybe more to her death than an unfortunate accident. And that’s as much as I’ll say as you have entered a spoiler free zone.

So? Sounds like a good old gallic crime yarn then, eh? Yes it is but it’s also a hell of a lot more. The investigation of the student’s death does dominate the narrative, as it indeed it should, but it is aided and abetted by an homage to Josephine Baker, some history, WW2 and the resistance, some falconry, something for the wine connoisseur, some art , ( I loved this line, ‘The art world can make the Wild West look like Sunday School.’!), a little genealogy and some gastronomy! If you want to prepare navarin of lamb there’s practically a full recipe contained within these pages. In fact I would advise not reading when you’re hungry because there’s passages here that will have you salivating. However if that sounds like there’s not enough pages left to investigate a crime rest assured that the author never lets Bruno lose hold of his aim and his maxim ’motive, means and opportunity’  stands him in good stead as he sleuths his way around the village of Limeuil.

The book triggered a multitude of thoughts; I thought of Julien Baptiste from the TV show, I thought of the village in Chocolat and I thought of Maigret. And I thought of rural France and that particular ambience it creates that Mr. Walker has so lovingly described in this book.

There’s an ease within the writing style that, at times, belies the complexity of the plot for it is a multi stranded plot involving several potentially dubious characters. They’re convincing and believable as is the wonderful and talented Bruno! How come this series hasn’t hit the TV screens? I’ve already admitted that this is my first Bruno book but I can see the potential for an innovative crime/cookery series? The crime is the main thrust of the show but in the middle Bruno demonstrates how to cook a classic French dish? Genre fusion gone mad? But it might just work.

But was there a crime, was it solved and does everyone live happily ever after? Well, I could tell you but then I’d have to shoot you and the only advantage to that is that Bruno right come and investigate me?!  So best you read the book. ;-) 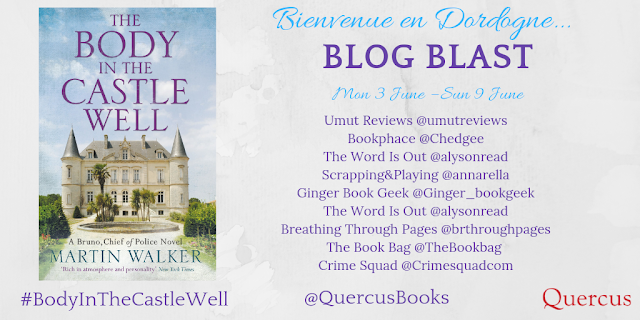 My thanks to Milly Reid at Quercus Books for a copy of this story and opportunity to participate in the Blog Blast. Please read all that my blogging colleagues have to say too!