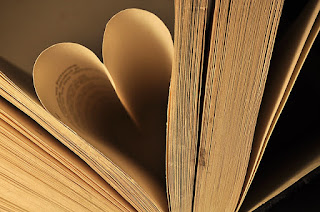 I occasionally deviate from the main thrust of this blog which is to review the books I read. If I’m honest my departures from that norm haven’t met with a great deal of interest! Maybe I should learn from that. But it is my blog, and as I’ve said before I’ll do what I like!! So today I’m musing on some book related issues that have been occupying my thoughts recently.

The older you get the longer your Have Read list grows. By the time you get to my age you’ve probably read a large number of classics, best sellers and works that might be called literature amidst the majority of lesser works. (But by no means less enjoyable I do hasten to add). I should clarify that I am confining my thoughts to fiction only.

I confess that often when I read I’m ‘looking for literature’. I don’t always find it. I don’t mean that to sound deprecatory. Maybe I desire too much from a book? What makes a book literary? It is something I think about quite a lot. This is what does it for me. The literary book attempts more than mere storytelling. There is an intention behind the story going beyond just trying to entertain the reader. The characters have an inner depth that can sometimes allow them to step outside of the book and be considered by the reader almost as a real person. The prose is rich and intense, using language intelligently and expansively, poetic sometimes. The book is full of quotes! You find yourself going back and re-reading them because they offer some kind of maxim or aphorism that resonates beyond the cover of the book. The writer's intent is to inform the reader, convey something to the reader, make some kind of comment that would have little impact if just stated alone but when expanded within a fiction can demand of the reader that they think and consider outside of the fiction framework. You get a sense that this is a book that will last, that will endure, might be studied academically, will hopefully go on to become a classic in decades to come. It was suggested to me,  by an author who has written a work of literature, that to the list be added individual voice or vision, linked, though not a function of it, to style, which is appropriate for it also allows identification of the writing outside of the book and in some cases a writer ‘earns’ an adjective all of their own - ‘Kafkaesque’.

So if I’m getting all of the above from a book I’ll be likely to call it literature. However I think there can be a tendency for some writers to defy conventions of language or structure/ form believing it might, mistakenly in my opinion, elevate it to something literary.  However I don't think a writer can necessarily set out to write a work of literature. I think works of real literature are very rare in the fiction world today. (Is that because the more books you read the less likely you are to be ‘wowed’?) But there's no way of predicting, with the books we are reading right now, which will still impactful in say 50,100 years time. It's exciting!

If classics are books that last are they also literature? For the most part I think they are. But I’m basing that on current classics. I’m thinking of the Brontes, Dickens, Austen, Hardy, Eliot. I’m thinking of Woolf, Lawrence, Forster, Huxley, Orwell. (The lists are not definitive and cite only British writers.) To consider as well; is it the writer’s entire oeuvre we should consider as literature or specific titles?  Will those books that I consider as classics, as literature, now continue to be read in 50,100 years time?

The future may yield a different dynamic. Society evolves in a sometimes unpredictable way. That can impact upon the longevity of anything, not just books. I wish I could be around to see! In the mean time I don’t doubt I shall continue to ‘look for literature’.

Thank you for reading. Pop a comment or two in the box if you feel disposed?