When We Get to the Island - Alex Nye BLOG TOUR After loving Arguing With the Dead Alex Nye has been firmly on my radar so I jumped at the opportunity to read her new book and be a part of the blog tour. My thanks to Kelly at LoveBooksTours for making that possible.

Alex Nye is the award-winning author of four novels. She grew up in Norfolk by the sea, but has lived in Scotland since 1995 where she finds much of her inspiration in Scottish history. At the age of 16 she won the W H Smith Young Writers' Award out of 33,000 entrants, and has been writing ever since. Her first children's novel, CHILL, won the Royal Mail Award.

Her fourth book is a historical novel for adults about Mary Queen of Scots. Her fifth title, ARGUING WITH THE DEAD, is another historical novel, this time about Mary Shelley, and explores the chaotic and destructive forces which shaped her.

She divides her time between walking the dog, swimming, scribbling in notebooks in strange places, staring at people without meaning to, and tapping away on her laptop. She also teaches and delivers atmospheric candlelit workshops on creative writing/ghost stories/Scottish history. She studied at King's College, London more years ago than she cares to remember. 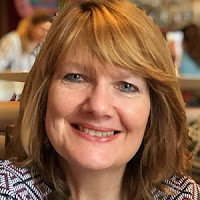 Possibly intended for a YA audience but there’s little here for an OA to object to! It’s a powerfully moving story about issues very relevant today. I was reminded forcibly of a talk I attended earlier this year with Eva Schloss, an Auschwitz survivor, talking about a number of relevant issues but one she touched on that was pertinent to her own situation was that of refugees. We can read oft times in the media of peoples ‘outrage’  at the Calais jungle,for example. In fact if you’ve ever been at that port heading for a ferry it IS alarming to be bombarded by people who are determined to find a way to get on board if they can. We hear constantly of migrants attempting to reach our shores, undertaking journeys fraught with peril. But the point Eva Schloss made, and it is pivotal, is that no one ups and leaves their families, their friends, their way of life, their culture, their country unless they are DESPERATE. What people are prepared to go through to escape whatever miseries surround their dally living must surely make it obvious just how anguished they have become. I think this book makes this heart wrenchingly clear.

Hani is a Syrian refugee conned by an unscrupulous ‘entrepreneur’ and living in Scotland as a migrant worker, illegal, dependent, with his sister Reena until she disappears. It is never stated why she disappears but the implications are pretty obvious. In order to find her Hani escapes. Then there is Mia, also on the run, her flight is for different reasons but she, too, is searching for happiness. They meet. I won’t give too much more away. But it does make for a splendid tale.

What Alex Nye has created here is a clever story pitched perfectly towards her intended audience. It’s exciting, nail biting, with a well paced narrative that should carry the younger reader along willingly. Skilful too is the rendering of the two runaways from different walks of life but with a common aim.  A balanced dynamic between our two courageous protagonists reinforces concepts of friendship and loyalty and trust. And survival.

‘They were survivors. And this is what it meant to survive; it meant being haunted, carrying images you would rather not carry, but there it was, you had no choice. You had to keep going, You had to keep believing, and you had to try not to remember all the bad stuff when you shut your eyes.’

The sustained analogy that life is a game of snakes and ladders is an accessible one for a YA readership but won't be lost on an older audience.

‘Everyone has a story, Mia thought then. Some people land on the squares with the ladders leading to a bright new future, others land on the ones with the snakes, sliding back down into disaster and disappointment; ‘

And Ms. Nye has done her homework. Hani’s memories and account of his harrowing journey from Aleppo to Scotland are believable and should have you weeping. I hope the impact is not lost on a younger audience and that they realise this isn’t just an adventure story, it is a fiction created out of a reality. And a reality that is happening as we read. Right now there are people risking their lives to escape intolerable regimes. Right now there are people being exploited for wanting a better life, in a better place. But this is not a glum or depressing story ultimately. There is redemption on several sides. I’m not going to give the ending away but it is vital for the younger reader to close a book feeling satisfied that ‘all is well’. However I hope that the reading of this book offers food for thought and much discussion leading to a wider empathy and understanding for a next generation.

But, folks, this a blog tour and that's just my take on the book. Please take some time to check out all the other amazing bloggers and see what they have to say.