The One Book or The Debut Novel

Evry so often I rummage around on my hard drive and come across some forgotten 'gem' that has thus far escaped one of my blogging binges. This article was originally published in New Books Magazine several years ago when Guy Pringle was still the Editor. I remember being thrilled that he considered it print worthy. And if it was good enough for Guy then........ it's good enough for this blog, I guess! 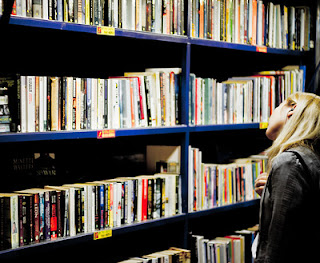 They say there is a book in all of us. I know mine is in there somewhere and has been since I learned to read and write but darned if I can find the little rascal!! So I am prone to imagine what it must be like to write a book and see it through to publication for the very first time.

And that is why I think I am a sucker for the debut novel. For me it is a genre all of its own. A new jar of coffee ready to be opened. An anticipation of being on the precipice of a great new talent, maybe a whole new series of books, something that might challenge or change our thinking, a literary masterpiece, an award winning piece or maybe just that one book that was in that person.

They can be easy to spot if you’re unaware as to whether it is a debut novel or not. There is an exuberance of language and description that fills me with both delight and despair in equal measure. It as if the writer has just this one chance to show what they are made of and every trick and device that they can think of is poured into their writing. Sometimes it detracts from the real, raw talent that may be there and you crave for some subtlety. But often when you come across follow up works you can see how a writer develops and matures.

And from there I am often led to consider the motivation of a writer. What drives a person to commit thousands of words to paper?  A commitment that takes time and persistence. The debut novel may not always be the starting point of their writing but it has to be a product of that motivation, Are they writing for themselves, first and foremost? Or are they writing for an intended audience or readers?  Are they writing to express a deep felt theme or cause that has consumed them and been the catalyst to finally put words to paper. Is it an act of our catharsis to aid them through a troubled time? Or are they writing hoping to earn some money, make their name and their fortune?

Doubtless all of these reasons are valid,  for each writer is different and unique. But can anything ever match the experience of that first book? For myself, I have plenty of unfinished material hanging around so why don’t I get myself in gear and finish something? Or is it not about completion but the fact that writing is simply something that a person has to do no matter whether any one else reads it or even gets as far as publication? Publication is the icing on the cake maybe?

Then I think of all those successful and established authors who have forged a career for themselves with their words. They all produced a debut novel at some point. Did the success of that first piece determine the direction of their careers? Or did they think that it was just their ‘one book’?
Posted by Bookphace at 14:43