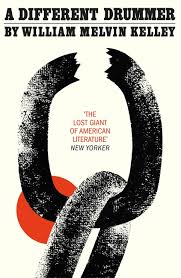 I dunno what to say. I don’t think I’ll ever be the same again! But for a start I’m finding it hard to comprehend why this book has been ‘lost’. It makes no sense. How in tarnation do you lose a book?! It’s not like, whoops, where’d it go? Surely? However, it’s not lost any more thanks to Quercus Books and riverrun.

But how do you begin to review a book of this stature? To offer a synopsis seems futile, you cannot summarise what this book accomplishes. And the mere facts of the story telling belie the undercurrent of tension running throughout the entire narrative. It’s an astonishing achievement. A debut novel? It’s like a ‘Pandora’s Book’. It’s lost, it’s found and then it’s opened and a story detailing all kinds of evils and miseries are released. The ending is truly shocking and not because there are any graphic descriptions but because the outcome and intent are implicit.

I enjoyed the book’s structure which was very contemporary, I thought. I had to keep reminding myself that this novel was originally published in the 1960’s. But the individual telling of events by the relevant individuals both historically and within the current time frame of the story worked very well. A set of events told in one chapter was expanded on or recounted from a different perspective and made sense of in another. How ready the reader can be to denigrate a character until they read another chapter and get to the core of what is really happening here. The bewildered astonishment of a community facing something that they cannot comprehend is quietly savage in its satire.What I also found astounding is that the narrators are all white ……….. how supremely innovative for a black writer to be so audacious in his concept!  Am I over exaggerating to call it a stroke of genius?

It’s a marvellous allegory about the civil rights movement and racial tensions in the US seeking maybe to place it all in context from the Civil War to the present (1960’s) day. In part it does illustrate how complex a conflict the American Civil War was when so many believe it to have been a simple matter of abolishing slavery. The South were fighting to preserve a way of life,  a culture, generations old and the book doesn’t make a song and dance about it; it’s there subliminally.

In fact the book doesn’t make a song and dance about anything ! And therein lies its absolute strength and immediacy, in spite of the titular suggestion of a percussive or rhythmic mien! Perhaps we should say a word about the title which derives from US abolitionist Thoreau, known for his views on civil disobedience, from this quotation ‘If a man does not keep pace with his companions, perhaps it is because he hears a different drum, Let him step to the music which he hears however measured or far away.’ The book echoes many of Thoreau’s philosophies.

The characters are keenly drawn, believable, especially the children. How my heart warmed to Mister Leland and his attempt to make sense of everything, his desire for a better world.And it made me ponder how much of racism is a learned behaviour. It made me think about zeal and enthusiasm and belief in younger minds. It made me think of so many things!! And is it that which gives a book its power? A book that goes beyond the telling of a story? This book insists you read it, insists you consider all its implications.

And Tucker Caliban? A genetic blueprint for a quiet, non violent revolutionary. Revenge for the injustice meted to his forefather? This discreet man who never wavered from his ideals and beliefs, following his instincts and setting in motion an exodus of almost biblical proportions in concept if not numbers. Oh ho, the world needs some Tucker Calibans right now, all hearing and beating different drums……….. How relevant this book is right here, right now, gut wrenchingly so, and then you remember ………it was written in the 1960’s.

I thank Ana McLaughlin, Quercus books and riverrun, via Bookbridgr, for a copy of this pivotal work. May it never, ever be lost again. It insists YOU read it! I insist you read it!!