The Life of Almost - Anna Vaught 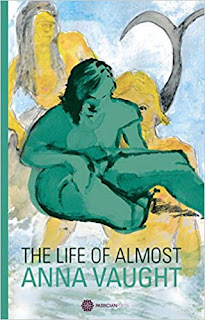 This is quite an extraordinary book the like of which I’ve not read in a long time. More a novella than a novel it’s deceptive because quality not quantity demands the reader spend as much time on it as a much longer book. I was drawn to it initially because it was blurbed as a retelling of Dickens’ Great Expectations, a favourite of mine. But it is much more than that.

Homage to both Dickens and Shakespeare and would it be pushing it to cite Dylan Thomas too? Or am I seduced by the very Welshness of the vernacular and imagining an Under Milk Woodish intonation in my head? Welsh legend is present without intruding.

This is what I like to call a ‘once on a while’ book. Once in a while a book come along that defies categorisation or summary. Erudite assessments of characterisation, plot, style and technique are redundant here. But sadly, I don’t think this is a mainstream book. It will appeal to a niche audience who will delight in it but I can’t see it hitting the best seller lists though I doubt that was ever the intention.

My thanks to Nudge books for the opportunity to experience this literary sense fest!