She could admit it now, as an adult, but she had been afraid of her mother at times when she was tiny. Those fierce framed spectacles that seemed to emphasise the latent discontent behind the eyes. Her mum was quick to anger and was unable to deflect the vent of it from those around her. Thus some third party could be the source of the fury but those close would be the ones to suffer. Mostly it was verbal invective and a tone of voice, there was little physical manifestation. But it hurt and it ran deep. There is so much a child cannot understand. Especially of the adults around them. The concept of Mother and Father as some distant species separate from any other creates a false understanding. It is only when the child becomes the adult, and maybe parent themselves, that the full import of the parent/child relationship becomes apparent. 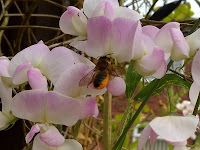 Sometimes it was the fragment of a tune from long ago, a certain fragrance, a familiar flower that triggered what Hattie always called her ‘mummemory’. And invariably she cried. She didn’t want to. After ten years she felt there was something a little lacking in her that the tears arrived so readily. And she just knew her Mum would be furious with her.  But there it was. Grief. Like so many life hurdles it didn’t come with a book of instructions. She pondered it often. The nature of this powerful emotion that competed with love for dominance. The seeds of grief; guilt, anger, despair, regret, futility, failure and a longing that knew no end hid around every corner of her life and sprang into germinating action with sly cunning. It wasn’t that she was permanently sad or unhappy, no. It was the unexpectedness of the triggers that reinforced to her that she remained in grief grip.

From the little girl who was frightened of her mother it was sometimes hard to fathom the infinite depth of love she came to possess as an adult. It was a snowball love in one sense. As Hattie came to know her mother as a person and listen to her, not from the maternal mantle but rather that of a friend, the love grew until, at the end it was an explosion, a piñata, throwing out the rewards of loving someone unconditionally.

What astounded her and was heartbreaking was the realisation that her mother’s sense of self, her awareness of her shortcomings had confounded her for most of her life. In one explosive outburst her mother averred that she had been ,’A bad daughter, a bad sister, a bad wife and a bad mother.” To be a prisoner of your own personality was a confinement without parole. Hattie tried to reassure but she knew her words hung empty. Her sister sometimes called these confessions and the analysis they provoked psychobabble but for Hattie they were all clues to the tormented psyche of an unfulfilled person consumed with regret for their own self and those around them. Hattie’s Mum didn’t understand why Hattie, and for that matter, her siblings, could bear to be near her. She didn’t understand how they could continue to love her.

Maybe if Hattie could have been more objective she might have asked herself the same question but she didn’t. She accepted the possibility that this love, this acceptance of  someone, warts and all, derived from an intrinsic bond that began potentially from the moment of conception? Tied up with it all too, was the recognition that she had so much in common with her mum and that facilitated her understanding. However Hattie was not in possession of the anger and she wondered if it was a direct response to her mother’s anger that any germ of such a trait was subdued because of the fear it had engendered within her a child. Was that even possible?

Her mother’s self awareness touched Hattie deep inside. Things her mother said stayed with her and continued to affect her. After the death of her father, Hattie’s Mum had said, I wish I’d been kinder to him. I wish I hadn’t been so unkind,’ . That had Hattie in bits on so many levels. Then followed further revelations of how in marrying she realised soon after that she had made a dreadful mistake. She alluded to her poor temper assigning its cause to the fact that she was so unhappy. And Hattie overflowed with sadness that her mother had been so unhappy for so many years and she didn’t know it. But even knowing there was nothing she could have done. She loved her father too and the desperate sorrow she felt for him and the semi life he must have lived was another vein of sadness inside her. The twin beds and then separate rooms had begun to make sense when she was younger but the full import struck her forcibly as an adult.

And all the time she spent as a child; baby, toddler, a minor, a teenager, a student, she was ignorant, or blind to the turmoils and dramas that were her parents and their lives. Over forty years they remained married. Lived together, did things together. But was there love? Was there even friendship? She never got to speak to her Dad fully about such matters so she was only in receipt of her mothers side. But when she was clearing the house after her mother’s death she came upon a packet of letters tied together with a red ribbon. They were an exchange between her parents when her Dad had been sent to work overseas for several months. It was after three or four years of marriage. They were

on thin, blue air mail paper and the writing was hard to decipher where the years had worked on them. The ink had bled into the paper like tattoos on the skin. But on face value they were love letters, candid, uncensored, full of extravagant emotion, mostly on her father’s part.  Hattie’s sister questioned whether they should be reading such an intimate, private correspondence. But the question they posed for Hattie would remain unanswered. Did they love each other?