Book Blogging, Social Media and Me

I’m old enough to remember what I was doing when John F. Kennedy got shot. I remember pre decimal coinage - threepenny bits and sixpences. I  remember Green Shield Stamps. I remember Dixon of Dock Green and I definitely remember that time when we had no internet or mobile phones. And I know that I rub shoulders with a generation who were born into this broadband, wifi, digital age and know no different. But I’m no technophobe.I was using a Sinclair ZX 81 back in the day!  I have my reservations about the integrity of some platforms and practices and I think cyber crime is a huge threat. And I think social media is a mixed blessing. In the earlier days of the Internet there was no social media. Unless you count ICQ? Anyone remember that, back in the nineties? The first social media site I remember in 2000 was Friendster. It predated Facebook. I never had a good feeling about Facebook. I never had a good instinct about Mark Zuckerberg. I mean the first use of Facebook to compare pictures of women and decide the most attractive is an abomination. I wouldn’t want to be associated in any way with such a platform. But it puts me in a definite minority. And has it harmed my status as a blogger and ‘influencer’ (not sure I like that term)? 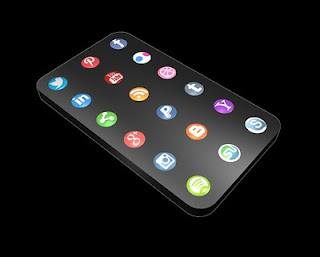 I do not have a huge reach on social media. I don’t know why. Perhaps it is because I am not good at self promotion. It doesn’t come easily to me and to be honest i find it embarrassing. Not enough self belief maybe. So my follower count is pretty low on both Twitter and Instagram. I don’t do Facebook - as you know ;-). And, sadly, your reach seems to determine how good a blogger you are perceived to be regardless of your reviewing ability. But I also think that levels of interaction also play a part and that is something that mystifies me. Am I good reviewer but a bad blogger? Or I am simply not good enough on social media to be considered a good blogger let alone a decent reviewer?

I am constantly amazed by the output of so many people on social media. People who have full time jobs, and families and yet they seem to post extensively and articulately on an almost daily basis. The quality of some Instagram photos is stunning. The effort that goes into them is almost mind boggling. And they comment and interact copiously too. I don’t know how they do it.  My efforts at photographs are of low quality. And I haven't the faintest idea how you do a story on Instagram. I tried once and something happened which I didn't want to happen and it's put me off forever! I try, I really do but I scroll through maybe a dozen photos on Instagram, I’m trying to read everything and even trying to comment but then I start to lose interest. The damned adverts drive me to distraction.  I look at the time and realise there are too many other things needing to be done. Same on Twitter. So much stuff to read and I’m not following that many people! How do folk following thousands of people keep up with them all?

And the interaction. Again I try to interact when it seems relevant. But there seems to be 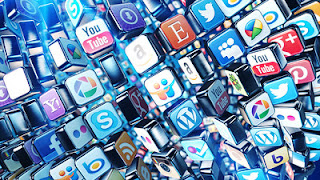 cluster cliques of bloggers who all solidly support one another. I confess I feel quite envious sometimes. They seem to know each other and meet up too. I’ve never been able to break into any of these cliques. Is that because I’m not a good enough blogger or influencer and do not garner respect from my blogging colleagues or is it because I am no good on social media? Social media seems all about having a potent and visible presence. I have sporadic and quite heartwarming interaction with some people but I always feel I’m on the periphery of it all. If one of my tweets gets a half dozen likes then that’s tantamount to it going viral for me! 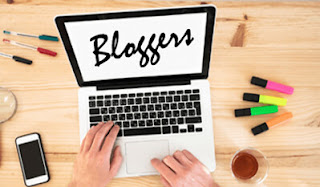 But does it matter? As far reach goes it is a disadvantage for a book blogger because there are publishers who won’t consider adding you to their blogger lists unless you have a minimum 1K followers! That leaves me out for the foreseeable future! I’ve not even hit 300 followers on Twitter yet!!  I’m reminding myself of an earlier post this year where I was stressing about my decline as a blogger. I came to terms with that and found a kind of peace because I am happy with what I’m doing. It all comes from my heart. I suppose I’m just mystified at how it all works. Sometimes social media reminds me of a school playground. Kids coming out to play in their groups. Some won’t play at all. Others wander round the outside making an occasional foray in, to be half welcomed but not wholly accepted.  Others are repelled no matter what they do until they go complaining to the teacher. Other just try and spoil the games and make some of the kids fearful of playtime. Trolls they’re called. Like in the fairy story. 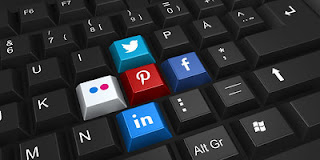 Will the internet and social media end up being part of a fairy story? Once upon a time? Nothing is forever. Will it all implode one day without warning? How will we cope? Me? I’ll just carry on reading and scribbling as the screens go black one by one.