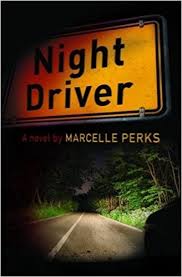 Hmmmm. Difficult to say I enjoyed this book because much of it was so unpleasant in its violence and aggression. It’s a very dark tale with little light relief. But I was compelled to continue reading because the writing is, largely, very good with a well paced narrative that flows like the traffic on the Autobahn so vividly described it’s like another character.

‘Heavily pregnant Frannie is such a nervous driver she only feels safe driving at night.

Lars doesn't kill for killing’s sake. He just can’t control his urges. And then he isn’t responsible for what happens…….’

Apart from one the male characters are without redemption. Unpleasant is a mild understatement. How about brutal, evil, controlling? Yep. Thats more like it. The female characters on the other hand are the good guys!! Poor Frannie, an Englishwoman abroad, struggling with language and cultures. Sometimes you want to shout at her, No! Don’t! But she does!

I include this YouTube video where the author explains some background to the book. To put it in context it’s also an appeal for crowdfunding to assist publication, obviously before Urbane Publications took it on. Ms Perks also expresses how it feels to write about serial killers. and if you watch the video you will understand why I cannot express too much negativity about this story as I really don’t want to get on the wrong side of her! ;-)

I also include a link to a recent interview which I think redresses the balance between the older video.

If you like your thrillers to be a literary white knuckle ride then this is for you. If you are of fainter heart I’d give it a miss!! My thanks to Urbane Publications for an advance proof of this tale.
Posted by Bookphace at 11:17