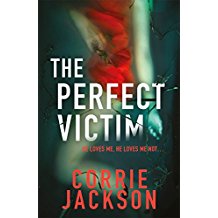 I’m not a fan of the press; media, journalists on the whole. Especially the aggressive style journalism that places newspaper sales and scoop stories ahead of morality and human decency. So I didn’t instantly warm to Sophie Kent and her colleagues. I’ve not read the previous book in the series either. So a not altogether promising start for me. But I am pleased to report that things did improve. A little.
Overall I found this story to be convoluted and over plotted. In the end there was only place to go and inevitably the book went there but not before the reader was thrust into a generous shoal of red herrings.

It’s fast paced, full of action and interactions and despite much of the implausibilities never allows its reader to get bored. It’s definitely not a feel good read and the final denouement leaves you with a bit of a sour taste in your mouth having read on and on simply to find out who did ‘dunnit’ and who didn’t ‘dunnit’! I found it quite visual and could imagine a contemporary crime drama for TV coming from it. Some of the writing that describes the newspaper office read like one of those black and white film noir B films which I did enjoy.

I struggled to engage with the characters although my initial antipathies towards Sophie dissolved as the book developed. Flawed characters seem to be the meat and thrust of contemporary thrillers nowadays and there was no lack here. The entire premise depended upon that.

I can see this book having a wide appeal for a great many readers and whilst I fear I may have been over critical, even implying maybe that I didn't enjoy the book that would not be quite true. It just didn’t blow me away enough.
Posted by Bookphace at 16:32